The History of Propane 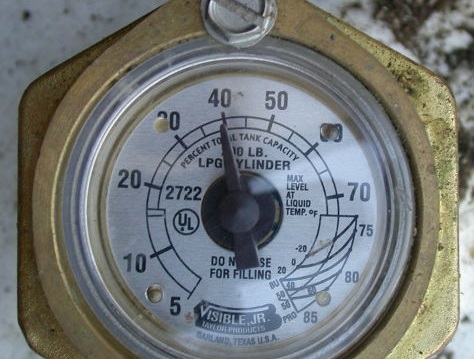 Contact Us
You use propane for everything in your house. From heating your water, heating your home, keeping your refrigerated running, drying your clothes and even your fireplace. Propane is used in an estimation of about 40 million households in the United States for various reasons. So the question is, what is the history of propane? How did it become such a reliable source of energy in so many American homes?

The history of propane goes back as far as 1857 when Marcellin Berthelot, a French chemist, discovered propane. However, it wasn’t until chemist Walter Snelling discovered that gasoline causes the cork to pop off in a jug that propane was patented and utilized. In 1911, propane became commercially available for American citizens. By 1913, Snelling’s method of processing and producing LP gases was issued in a patent with the number #1,056,845. By the 1920’s there was an increase of LP gas with the first year recorded production totaling 223,000 US gallons. By 1935, the annual sales of LP gas had reached 56 million US gallons. Major industry developments in the 1930s included the introduction of railroad tank car transport, gas odorization, and the construction of local bottle-filling plants. The year 1945 marked the first year that annual LP gas sales reached a billion gallons. By 1947, 62% of all U.S. homes had been equipped with either natural gas or propane for cooking.

Given the history of propane, it has come a long way from just being used for cooking. Today propane has many versatile uses in American homes. Around 11.8 million U.S. households use propane as their main fuel, and around 42 million U.S. households use propane for outdoor grilling according to the 2015 Residential Energy Consumption Survey. Propane is used for businesses also, from construction/building, restaurants, agriculture, industrial, fleet vehicles and vehicle fuels. In 2020, due to COVID, we did see a shortage in propane.

This entry was posted in Propane and tagged Propane. Bookmark the permalink.